Today’s picture is by chiyu

*
*
Since it’ll be used in places that the radio law won’t reach, I picked an HF radio with an output of 200W without holding back. I would have needed a second qualification in Japan, but there is no problem if it’s in another world. The VHF fixed-mount is 50W, the handheld is 5W. 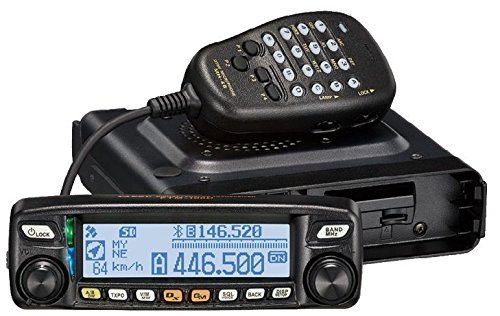 *
Dear me, very different compared to the used ＴＳ－５２０Ｘ and ＴＲ－２２００Ｇ I got from father. 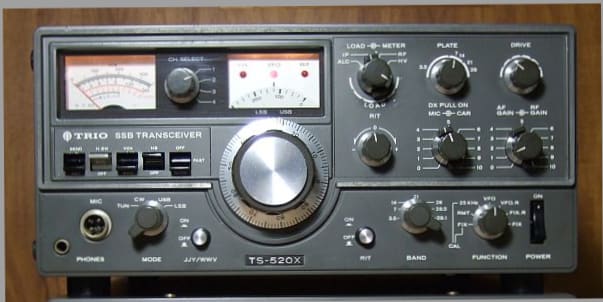 *
My father seems to have used a Yaesu Ｆ－５０Ｂ line when he was young, but the transmitter and the receiver were in separate enclosures, what era did it come from? Maybe it’s something used during World War II? My family is too good at taking care of our things……

*
*
*
There will probably be an ionosphere in that world too. Because it’s a requirement for being so similar.
*
Can sporadic E happen? Well, let’s not expect sporadic E and radio propagation.
*
Let 144 and 430 be for communication in the same town, 3.5 and 7 MHz for the contact between the capital and the Viscounty. 50 will……, have no turn I guess.
*
*
*
The baggage I bought was too much to carry until I find a suitable place even for teleporting somewhere, so I asked for a time specific delivery from a courier service and returned home.
*
*
*
*
*
At a later date, the capital’s store’s antenna was set up by Kunz-san from the woodworking shop. I thought that much wasn’t something I couldn’t do by myself though, but just in case. It’ll be troublesome if it collapses from something like strong winds.
*
I also had the one in the royal palace was done by Kunz-san. There was also the connection between the capacitor and the solar power generation unit, so I thought this should be left to the professionals. I did the wiring myself of course.
*
As for the one in the territory’s mansion, as expected I installed everything by myself. Since the power supply has already been set up, the only construction was installing the antenna. It was nice that the ground plane was easy to install.
*
*
*
I taught only Sabine-chan and Anton-san the butler the operation method of the radio. Told them not to touch the fine adjustment parts and only explain the minimum operation part. I handed over a picture of the basic state of the switch and dial as a precaution In case someone touches it.
*
For the place they were installed, the Viscount Residence is the study. In the royal palace, is of course, Sabine’s room.
*
Above all, I instructed to absolutely not let anyone else touch it.
*
Furthermore, the frequency setting of those in the Viscount residence and those in the royal palace have been changed. So they won’t be able to listen.
*
*
*
With this, I can check that there’s nothing wrong in the Viscounty every day at a regular time even if I don’t return to the territory every time. Anton-san doesn’t think that I’m in the capital so it won’t seem suspicious if I come back immediately in an emergency.
*
Of course, I won’t contact Sabine-chan on a set schedule. She always comes to the shop so I don’t need to do that. It should be fine because we practiced many times.
*
*
*
It has been arranged to periodical contact Sabine-chan and check that there’s nothing wrong in the capital after the social season ends and I returned to the territory.
*
With this, the possibility of a major incident in the capital or territory when I’m not teleporting for a while is reduced. Since Sabine-chan and Anton-san are quite well-informed people, they will probably let me know as soon as anything happens.
*
*
*
Ah, a LED lights and a small refrigerator was also bought because of Sabine-chan’s stubborn request. Well, there’s some leeway with the power so it’s fine. The power consumption of the radio is low in the reception state, and it can be turned off when not in use. Nobody can use it when Sabine-chan’s not in the room after all.
*
In addition, a kettle pot, electric fan, warm air heater, DVD playback device, the requests kept escalating one after another so they were all rejected. What do you think is the power supply system is for…….
*
You can’t even understand Japanese unless I translate the DVDs in the first place!